Hey everyone, I’m back again with another review! I’ll be reviewing Persona 4: Dancing All Night. First of all, I would like to thank Atlus for providing a review code […]

I have been a Persona fan for a while now, so after hearing that Persona 4 was getting a rhythm game spin-off, I was excited! My first Persona experience was Persona 4 Golden, the music in that game was superb, never have I heard a better soundtrack in any game that I have previously played. I remember going into the dungeons in Persona 4 Golden and standing still and just listening to the amazing music, so Persona 4: Dancing All Night is like a dream come true for me. 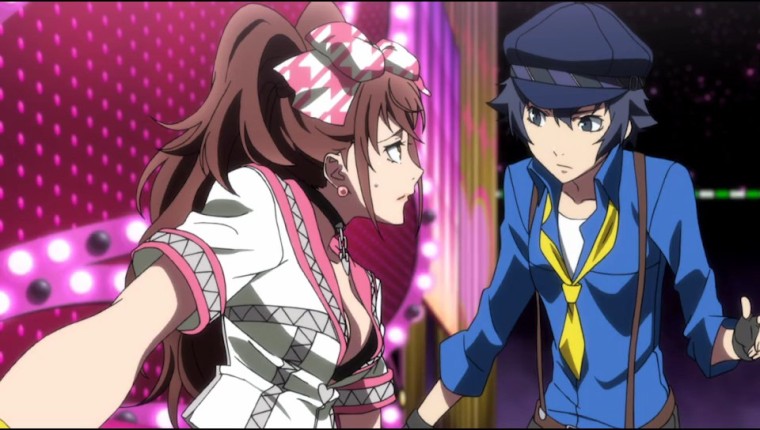 When you boot up Persona 4: Dancing All Night, you can choose between starting the games story mode or you can jump into the games Free Dance Mode. I personally went with Free Dance Mode since I wanted to play a few songs before starting the story mode. When you initially select Free Dance, you will be limited to a handful of songs, as you play and start clearing the songs available to you, you will unlock additional songs. As usual with most rhythm games, you select the song you want to play and select the difficulty level, you can also customize each character with different clothing options and even select their dance partner. You can further enhance your experience with different power ups which can be selected from the Dance Settings menu, for example you can activate a power up which prevents Good rating notes from breaking your total note combo, just another way to tailor the game to your liking.

The game play in Persona 4: Dancing All Night is very similar to the Hatsune Miku games on the vita. You use the face buttons to hit notes, and the analog stick to scratch just like a DJ. The scratch notes did take me some time to get used to, and at first I would constantly miss them, but as I played more and more, I got better and now I’m really enjoying them. It’s important to note, the scratch notes, if missed do not count against your combo, so they are purely optional.

Whether you’re playing the games story mode, or just enjoying a few songs in free dance, you will constantly gain P$ which is the main form of currency within Persona 4: Dancing All Night. Items, Costumes and Accessories can all be gained by purchasing them from the Shopping Menu located within the games main menu. Anyone who has played Persona 3 or Persona 4 will recognize the shopkeeper which is Tanaka. I’m extremely happy with all the customization options, it’s definitely a strong point for Persona 4: Dancing All Night, I have spent tons of time on mixing and matching different Costumes and Accessories on the characters. 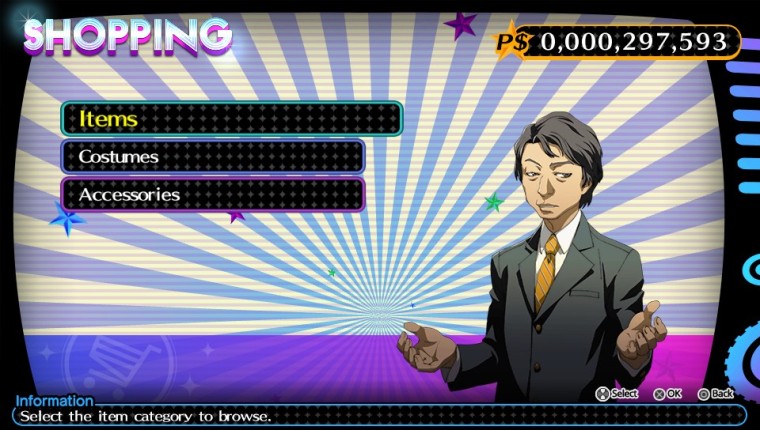 Now let’s get into the games Story Mode. Persona 4: Dancing All Night takes place not so long after the ending in Persona 4 Golden. Right after you begin the Story Mode, you will be greeted by a beautiful Anime cut scene which involves a young girl, she then stumbles upon a gruesome scene where someone was murdered. Afterwards, people start talking about a mysterious website, it’s said that if you visit this site, you will be taken to the other side and never wake up. Soon after the cut scene, Yu Narukami and Naoto are both practicing and preparing themselves for the Love Meets Bonds Festival, you also get introduced to each member of Kanamin Kitchen which is a popular idol group.

Things start going wrong fast, and it doesn’t take long before members of Kanamin Kitchen start going missing. The investigation team from Persona 4 is reestablished and you’re off to investigate the whereabouts of the idol group and to figure out the mystery surrounding the website. If you’ve played Persona 4, you probably noticed that a character was mentioned by the manager of Rise, that character is Kanami Mashita, she’s a lighthearted and sometimes clumsy girl, and throughout the story you will get to know her pretty well. I think it’s pretty awesome to finally meet the idol that was being managed by Rise’s manager.

Without spoiling the story, I have to say, I was absolutely impressed with the games final battle! The Persona series has always done an amazing job with every final battle, and Persona 4: Dancing All Night is no exception. 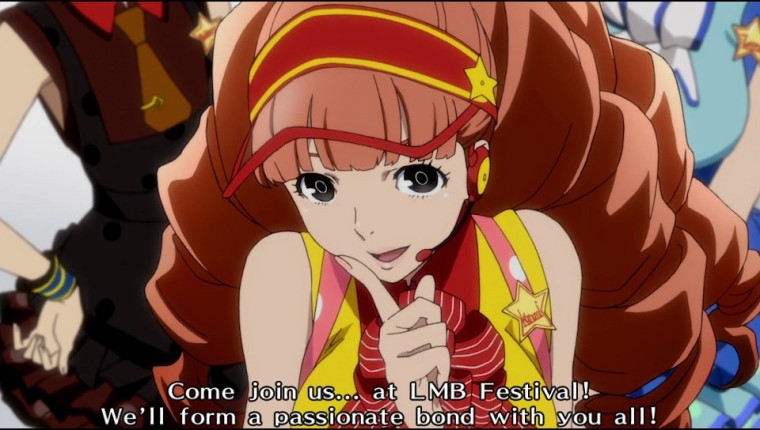 If you have played visual novels in the past, well you will be at home here since Persona 4: Dancing All Night plays out much like any other visual novel out there, thankfully the game is fully voice acted, so much reading isn’t required, which is a good thing in my opinion. Fans of Dual Audio will be disappointed since you can’t select the Japanese voices for use in Persona 4: Dancing All Night, though I will say, the English voice acting in the Persona series has always been top-notch and I have no complaints whatsoever on the voice acting, it’s simply put, fantastic.

Most of my playtime with the game was spent on the PlayStation Vita itself, and the game played amazingly well on it. I also tested the game on the PlayStation TV which I have hooked up to my 48 inch TV. I just couldn’t enjoy the game on my TV since the screen is so big, you will have to shift focus to different parts of the display while playing, this problem just isn’t present on the 5 inch display on the Vita, I’m not saying it’s unplayable, but it does make things more difficult. I did enjoy using my speakers to enjoy the music with the PlayStation TV, but I think the game is better enjoyed on the Vita Itself.

Persona 4: Dancing All Night is a great value, the game is priced at $49.99 and for that price tag, you get a hefty game. The Story Mode alone took me around 16 hours to complete, and after doing so you will get one extra chapter, which is worth playing and fans of the Persona series will appreciate it. Even after you complete the Story Mode, you have Free Dance, which I have sunk a massive amount of time into, and anyone who enjoys the music in Persona will love trying to improve on their scores on each song. Additionally a few DLC songs will be available for purchase, and they are all worth having. 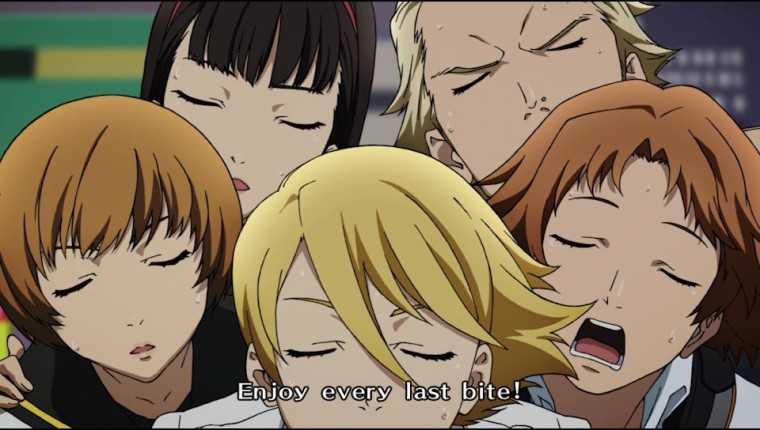 The only remotely negative thing I can say about the game is, that it can be boring at times within the Story Mode, the first hour or two feel slow, as you advance the story does get much better, but outside of that, I can’t think of any other con.

The only remotely negative thing I can say about the game is that it can be boring at times within the Story Mode, the first hour or two feel slow, as you advance the story does get much better, but outside that, I can’t think of any other con.