Hey everyone, I’m back again with a review on the Yu-Gi-Oh! Dimension of Chaos Booster Set. I would like to thank Konami for providing me with a few Booster Packs […]

The Dimension of Chaos Booster set includes 100 total cards in terms of rarity you can expect 48 Commons, 20 Rares, 14 Super Rares, 10 Ultra Rares and 8 Secret Rare cards. The booster packs each retail for $3.99 and include 9 cards per pack. 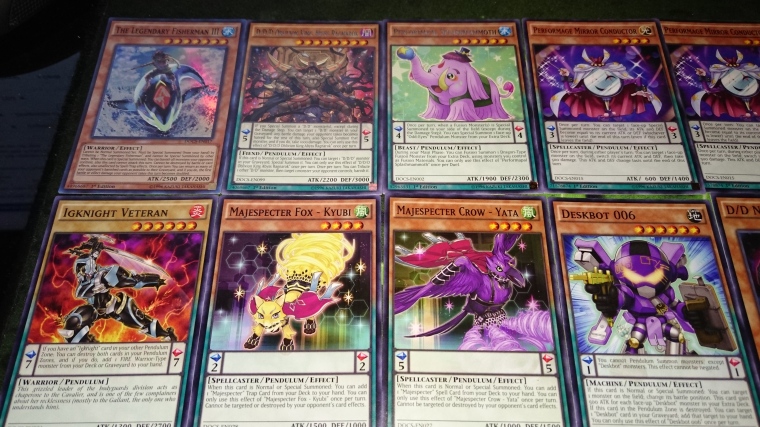 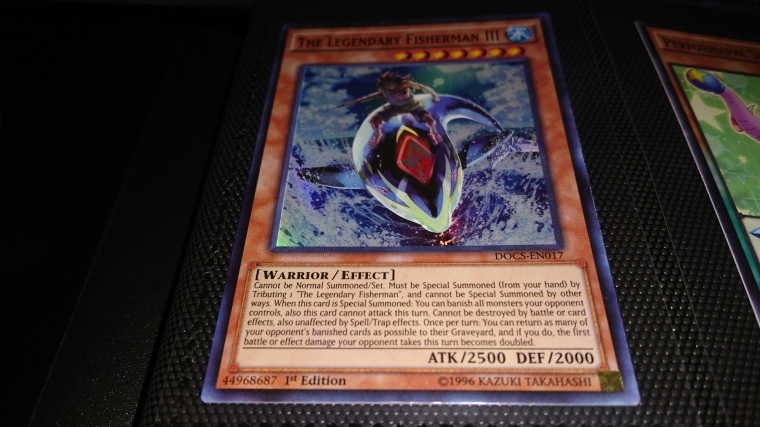 My personal favorite card that I pulled from Dimension of Chaos is The Legendary Fisherman III, the card just has so much potential, with the right deck build, you can easily crush anyone you duel against. In my opinion, the best use of the cards within the Dimension of Chaos Booster set is building a Graydle deck. You can mix and match cards to your liking to make a Graydle deck that you enjoy, some good recommendations are Graydle Cobra, Graydle Crocodile, Graydle Eagle, Gradle Slime. More  cards that would compliment the deck well are Graydle Impact, Pot of Duality, Graydle Parasite and Call of The Haunted, anything that lets you gather Monsters onto the field, Gorz would also be a great choice along with Mirror Force.

Overall Dimension of Chaos is fantastic, it introduces multiple new deck themes you can use to your advantage and all new cards for existing decks like Black Wings and D/D, you just can’t go wrong with picking up a few Dimension of Chaos Booster Packs or going with the Booster Box itself. I also want to add that the card designs keep improving, most of the designs within this set are beautiful, I know it’s not an aspect that will affect your performance in a duel, but it’s great if you’re a collector and love looking through your collection.

I’ll include a few pictures below of the cards I pulled from Dimension of Chaos!