Ray Gigant Releasing On May 3rd!

Good news for fans of the dungeon crawler genre, Ray Gigant has just gotten an official release date! The game will release on May 3rd in both North America and Europe! […]

Good news for fans of the dungeon crawler genre, Ray Gigant has just gotten an official release date! The game will release on May 3rd in both North America and Europe! Ray Gigant is also fully compatible with the PlayStation TV, so you can enjoy the game on your TV.

Ray Gigant is a dungeon crawler with visual novel like storytelling, so fans of the visual novel genre will feel right at home. As you progress through the story you’ll be introduced to new characters, which you’ll later get to experience as the main character. The story is told from 3 different perspectives those being Ichiya, Kyle and Nil. 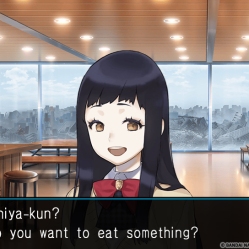 Battle System
Unlike ordinary turn based RPG battles, Ray
Gigant adopts a unique style where you will
be fighting massive enemies from different
distances and perspectives. Your party is
comprised of 3 characters, each with their
own unique abilities to engage in 3-way view
battles. Also use the rhythm-based, Slash
Beat system to unleash deadly attacks while
feeling the fate of the heroes and heroine
resonate through their bodies!

In a not so far away time of June 20XX… Earth’s
major cities are being attacked by giant creatures
called the Gigant.
Each nation’s force tried to thwart the attacks to
no avail. But then it was discovered that a single
boy in Tokyo was able to defeat these monsters.
His name, Ichiya Amakaze.
This boy that defeated Gigants using a
mysterious power called the Yorigami came to be
known throughout the world.
But, after defeat of the Gigants, he lost control of
his power… After destroying the city he
protected, he loses his conscious. It was then
where he was detained and sent to a safe
location where his fate would unfold…